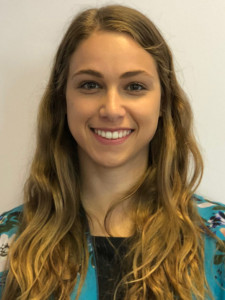 Stephanie is a certified and licensed Athletic Trainer, who specialized in the prevention and rehabilitation of injuries to athletes of all ages and abilities. ATC’s play a vital role in enhancing an athlete’s performance, while also working closely with team physicians, athletic directors, and coaches to ensure that athletes compete at their highest potential and avoid injury. Working on the sidelines as well as in the clinical setting, the goal of athletic training is to return the athlete to his/her sport of choice as quickly as possible.

Stephanie obtained her Bachelor of Science in Athletic Training from Colby-Sawyer College in 2015 and maintains her CPR/AED certifications through the American Heart Association BLS for Healthcare Providers.  Stephanie currently splits her time at work between Bright Bay Physical Therapy and Bay Shore High School.  While at BBPT, she is involved with many of our services, including our athletic training services and post-concussive return to play.  She has worked as the Athletic Trainer for Bay Shore High School since August 2016.  Stephanie started working, as an aide, in the outpatient setting in 2013 for North Fork Physical Therapy and Eastern Long Island Hospital. Previously, she worked as an Athletic Trainer for Heartland Rehabilitation Services, providing ATC coverage for two high schools in the Jacksonville, FL area, as well as, working in some of their outpatient PT clinics.

When time allows, Stephanie provides first aid and athletic training services for various camps, clinics, and Section XI events throughout Long Island. Stephanie now resides in West Babylon, but originally grew up on Shelter Island, where she played volleyball, basketball, and tennis.  She continued her talent and passion for volleyball as a starter throughout her time Colby-Sawyer.  She led her team to 4 NAC Conference Championships and 4 NCAA appearances.

Thank you for considering Bright Bay Physical Therapy as a partner in your health. Let us show you how our caring and attentive staff is different.